Initially, my goal was to guide viewers through my process from beginning to end. Photographs of architectural sites and spaces are the starting point, which are then distorted and warped by creating drawings based on the photographs. These drawings evolve into large scale abstract paintings.

Months pass between taking the original photograph on my phone and drafting compositions and sketches. Returning to these photographs months later reignites memories of the original location and the sensory experience that shaped the memory. These memories suggest which colors and elements of media to use, and often the amount of independence allotted to the paint itself.

Distorting and elaborating upon these existing architectural sites is a world-building experiment for me, an extension of the architect’s creation in a two-dimensional space. I am rarely able to experience the interiors of the facades I photograph, therefore it is only natural to explore what might hide behind them, when left to my imagination.

In the end, the architecture is stripped of its context, its necessity, and rendered useless, yet still shown objectively, in its original form, untouched but in conversation with a new medium. 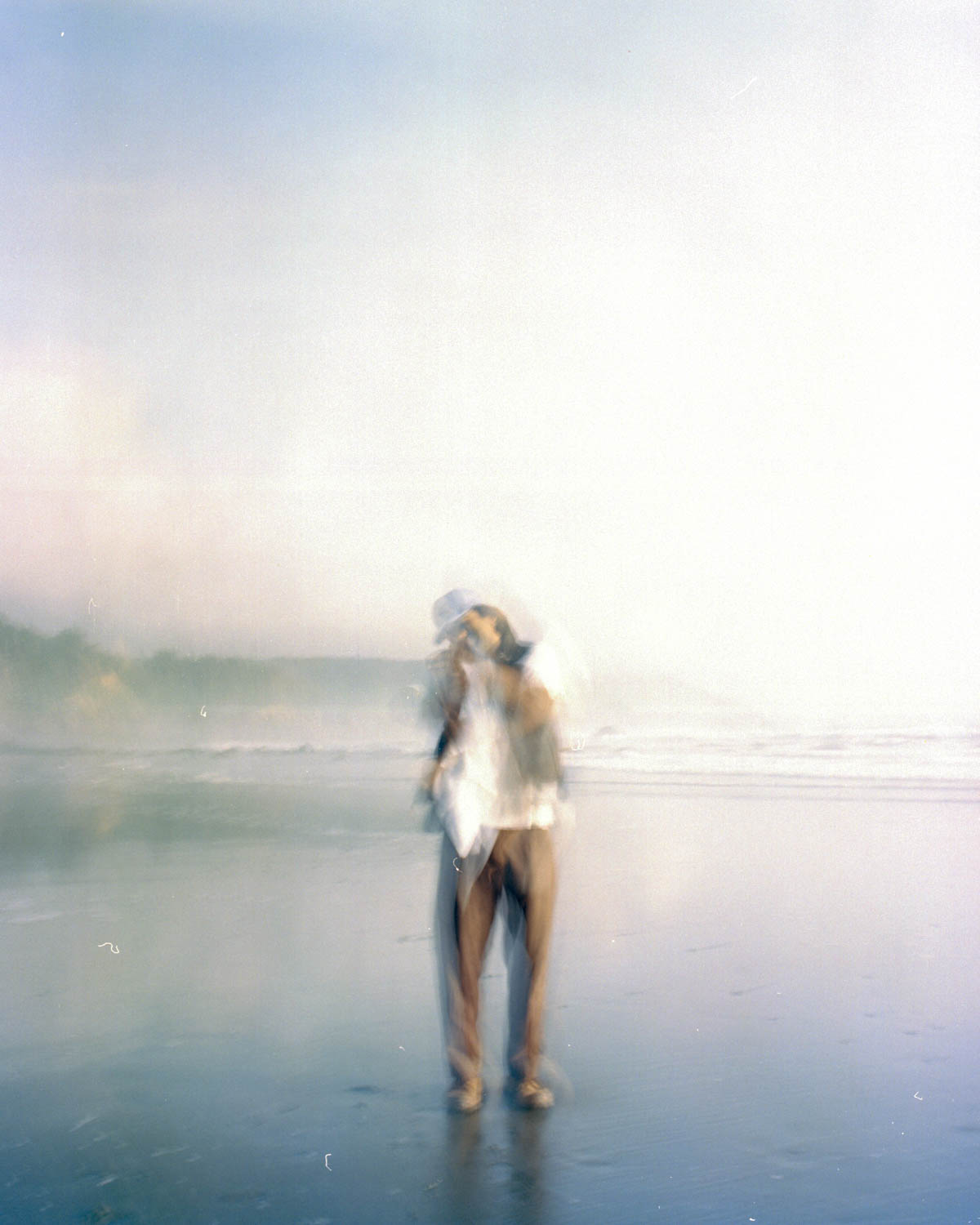